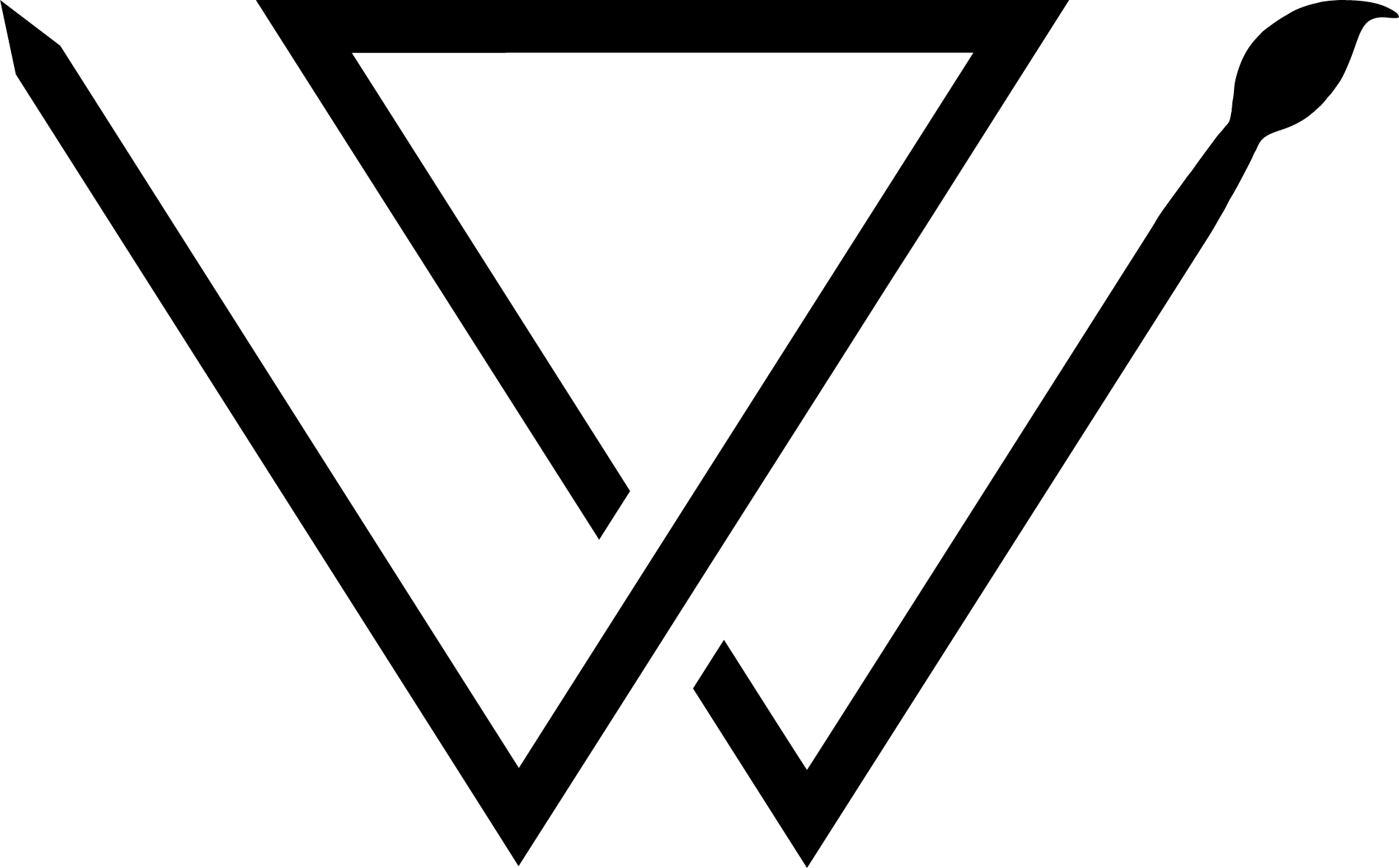 My developer friend Anders Åberg and I got reached out to by Avicii's team looking for us to create and develop the web experience for their upcoming True Stories documentary. Shortly after the release and the sad passing of Tim, they returned to us to also create their new Tim Bergling Foundation aimed to prevent suicide, climate conservation and wildlife preservation.

One of the greatest DJ's and music producers

Tim became one of Sweden's biggest music star that helped open the United States' pop market to DJs and producers with his brilliant music. He was nominated for multiple Grammy Awards and credited among the DJs who ushered electronic music into Top 40 radio in the early 2010s 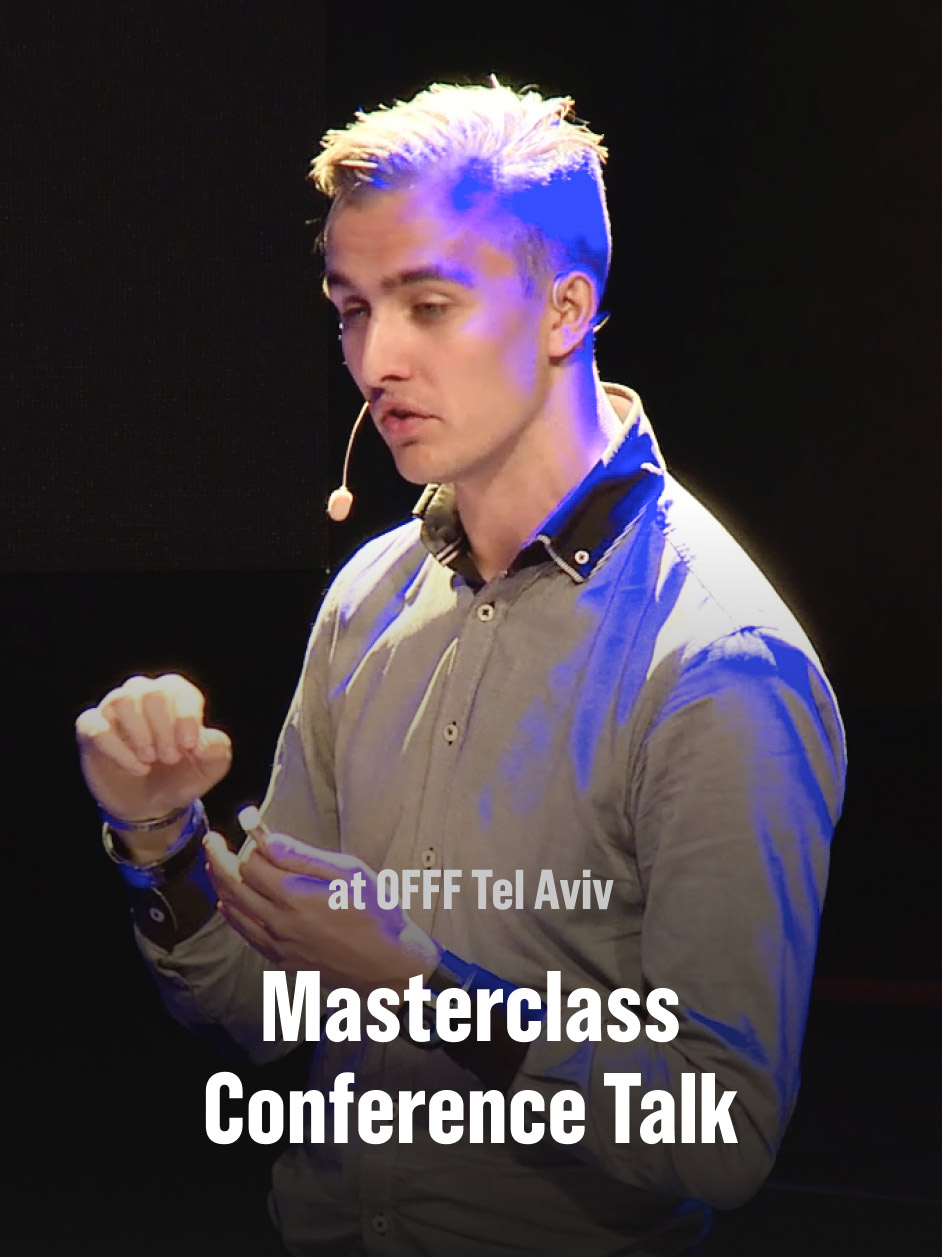 Some of my process 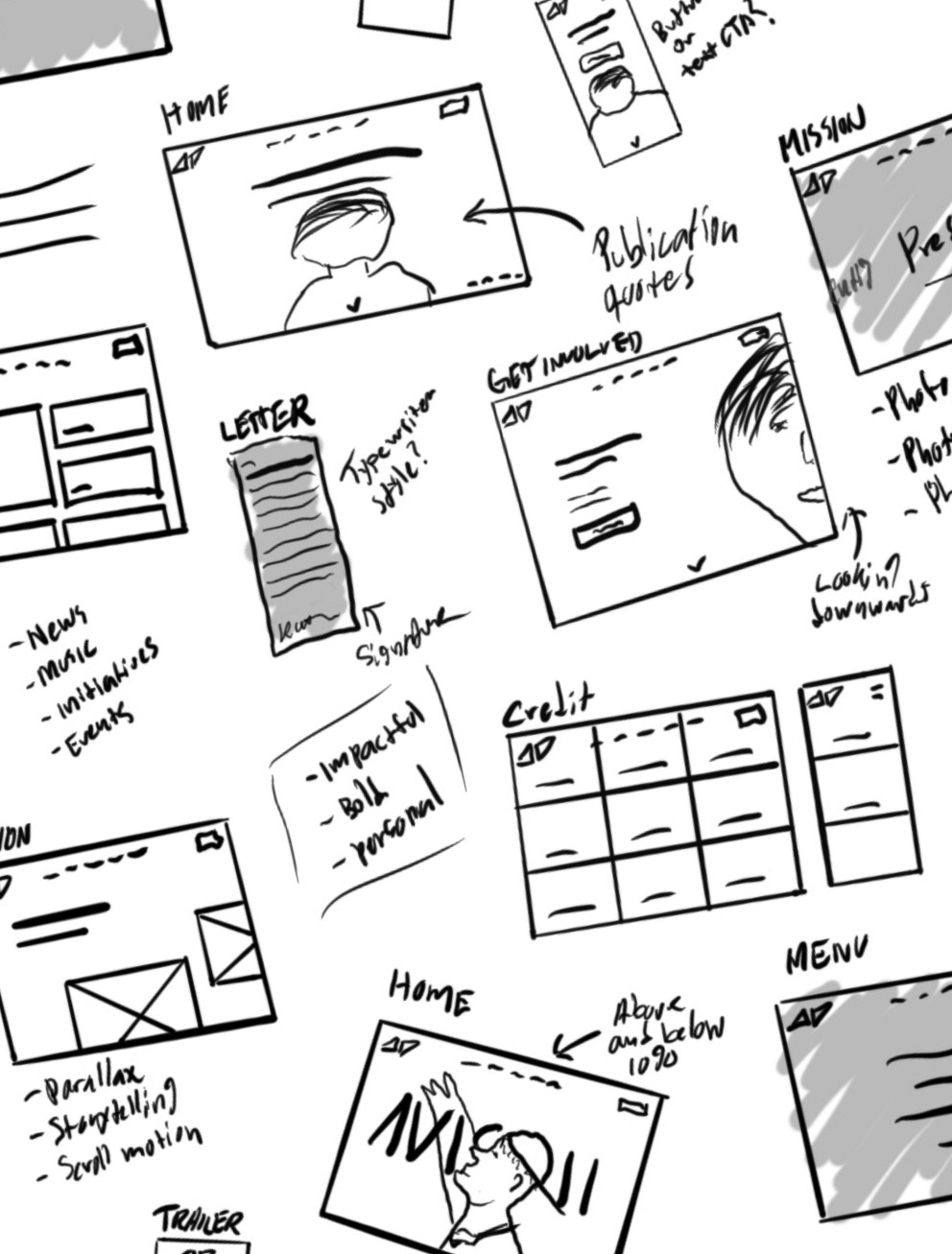 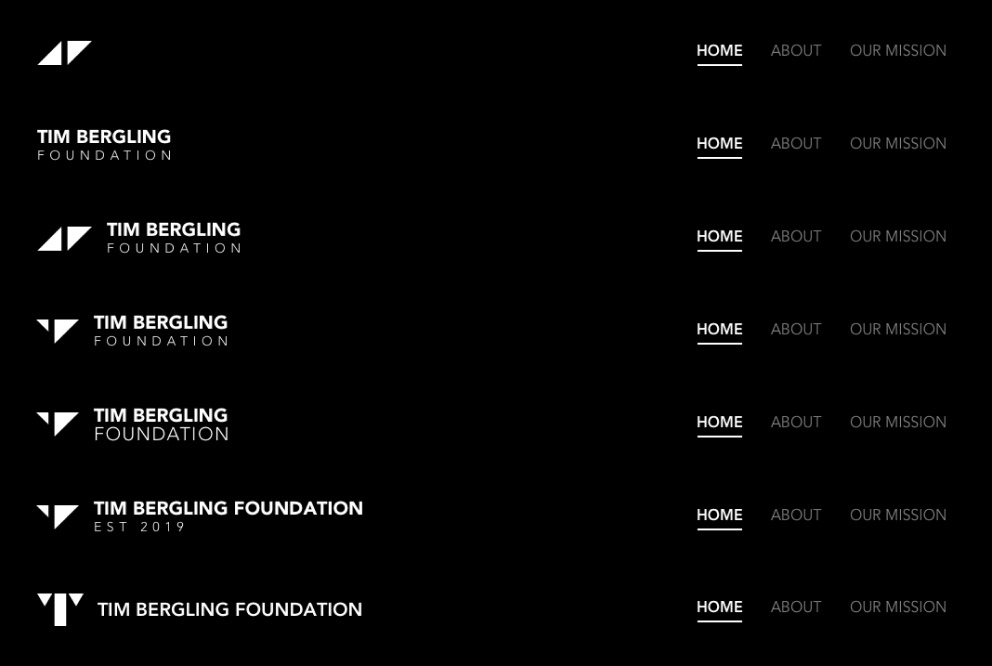 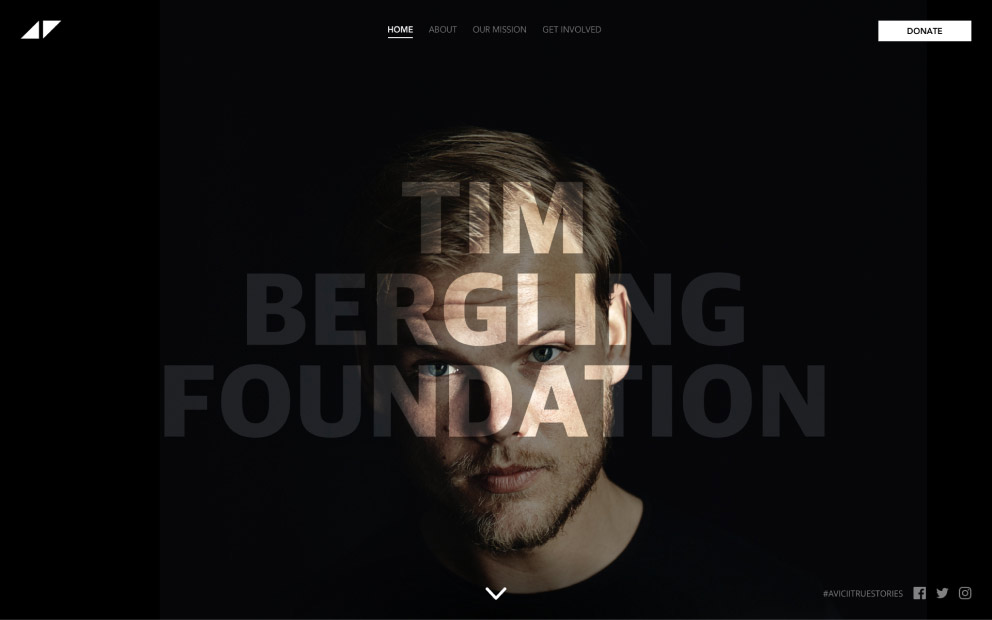 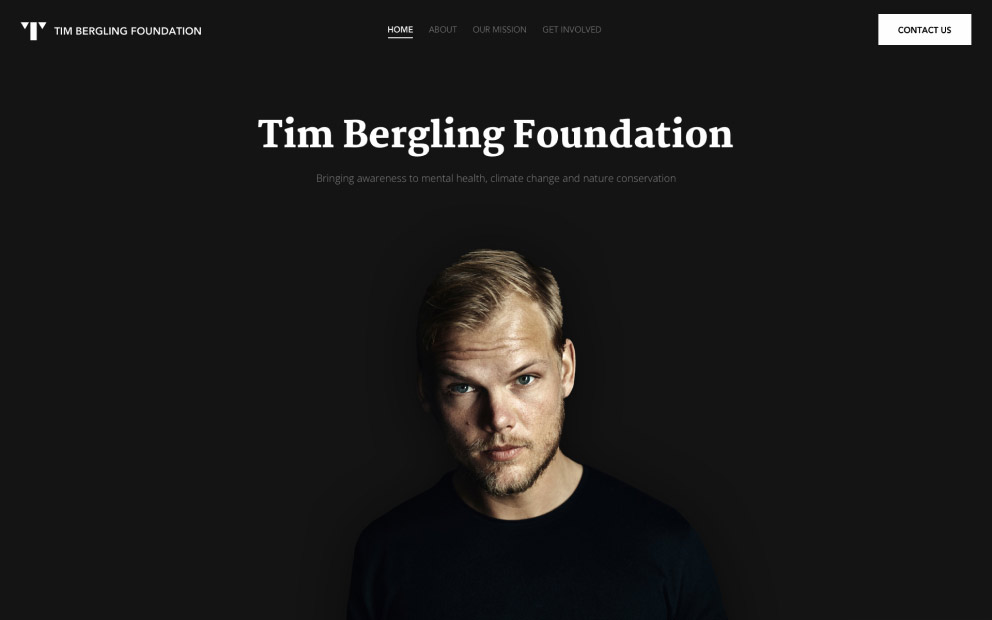 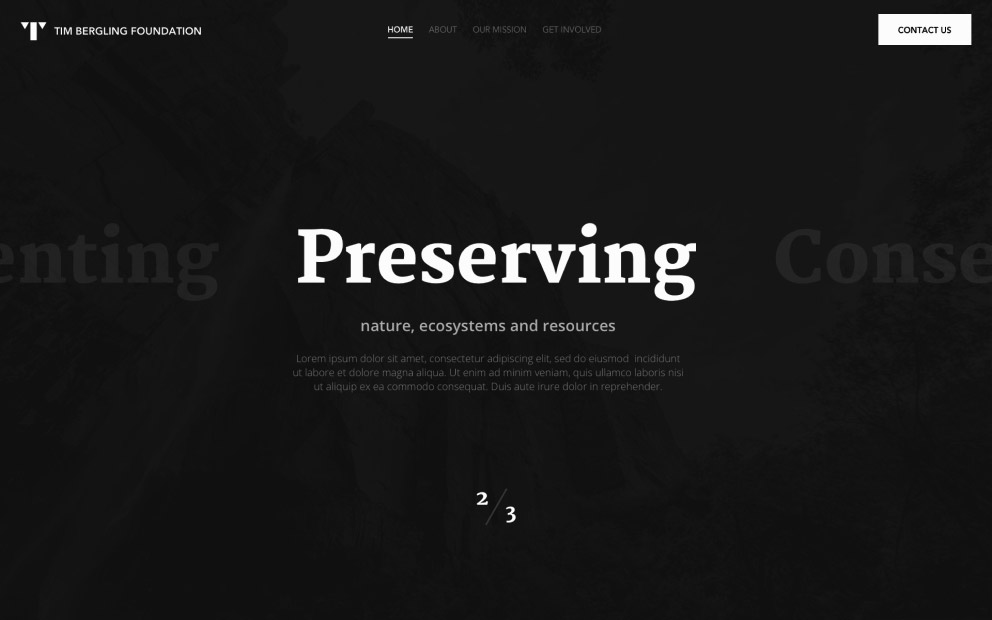 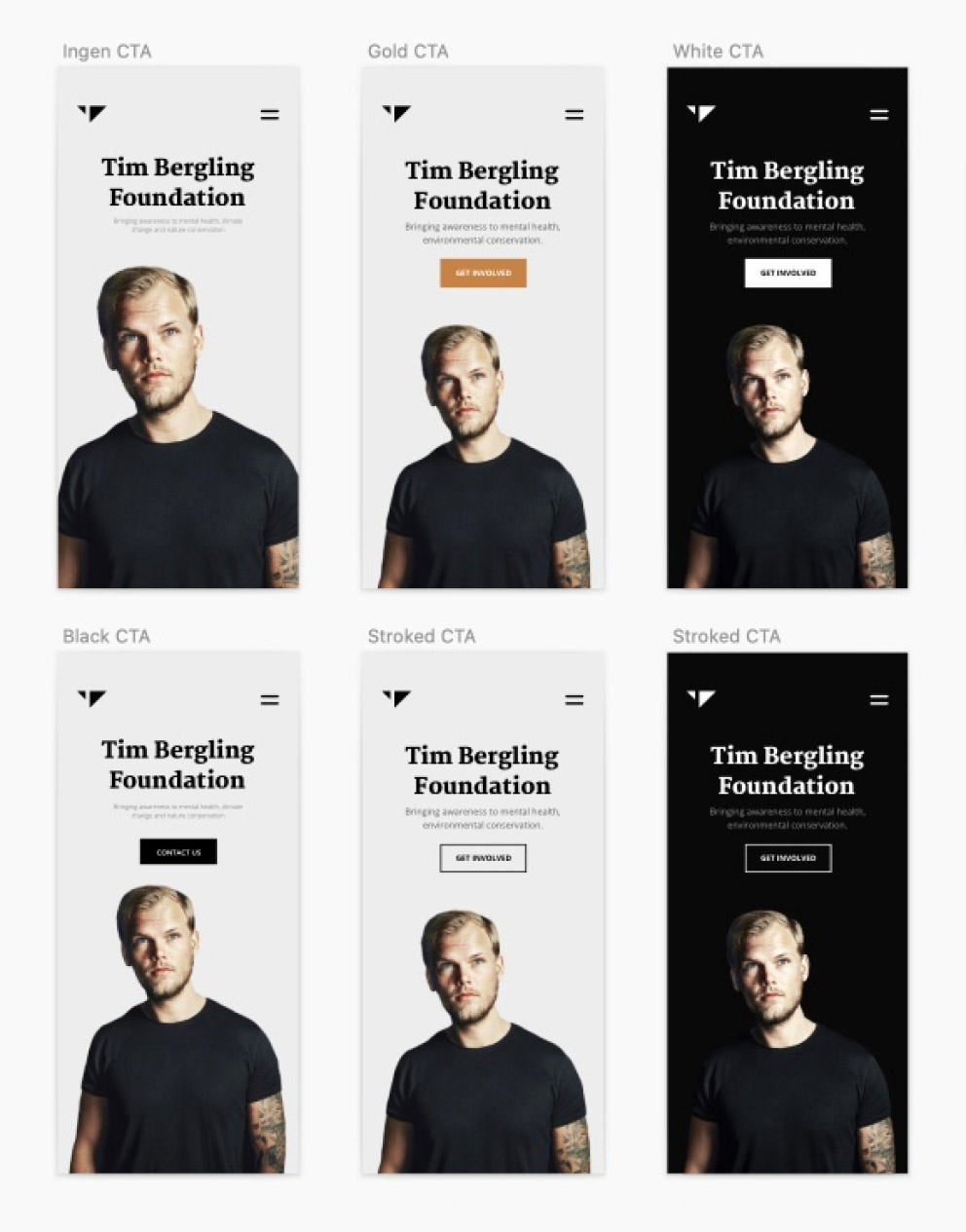 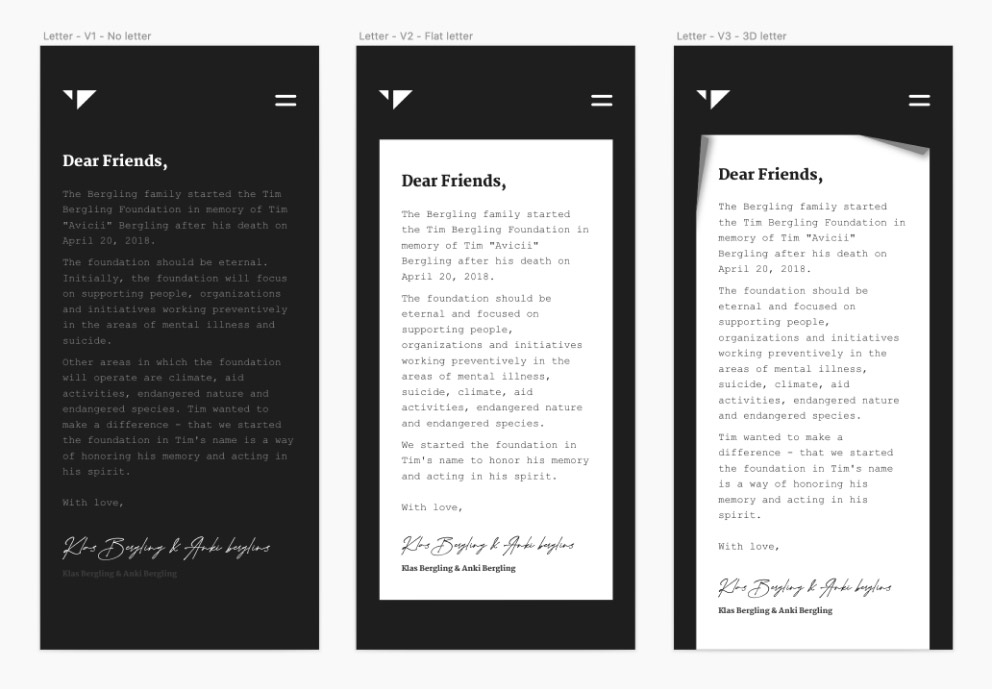 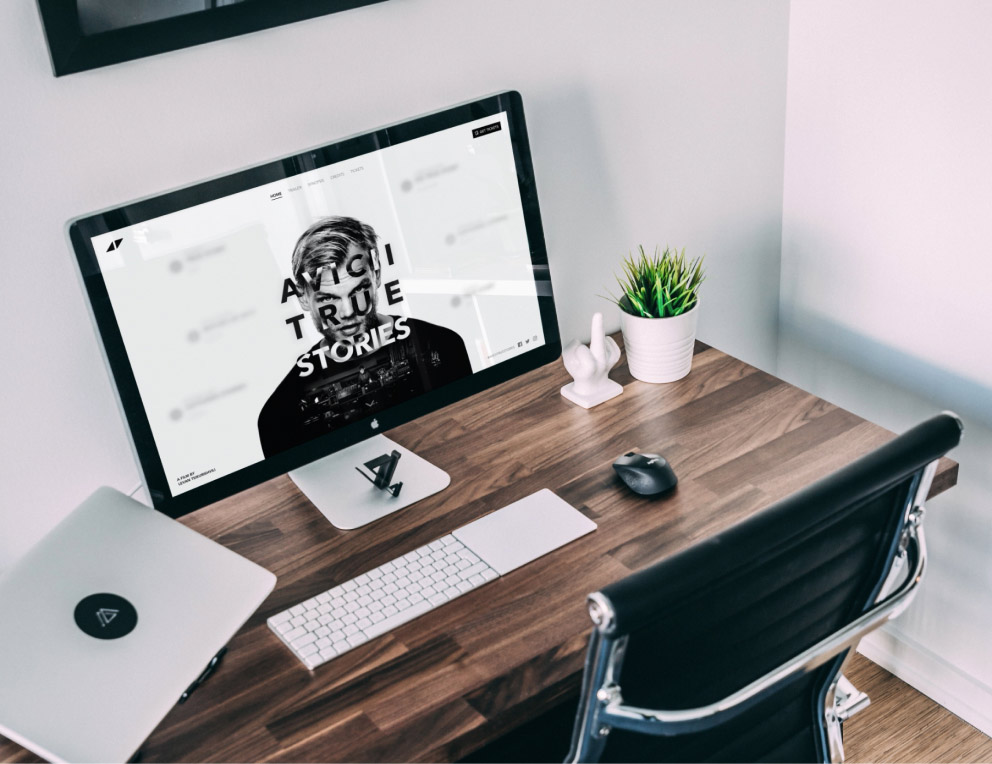 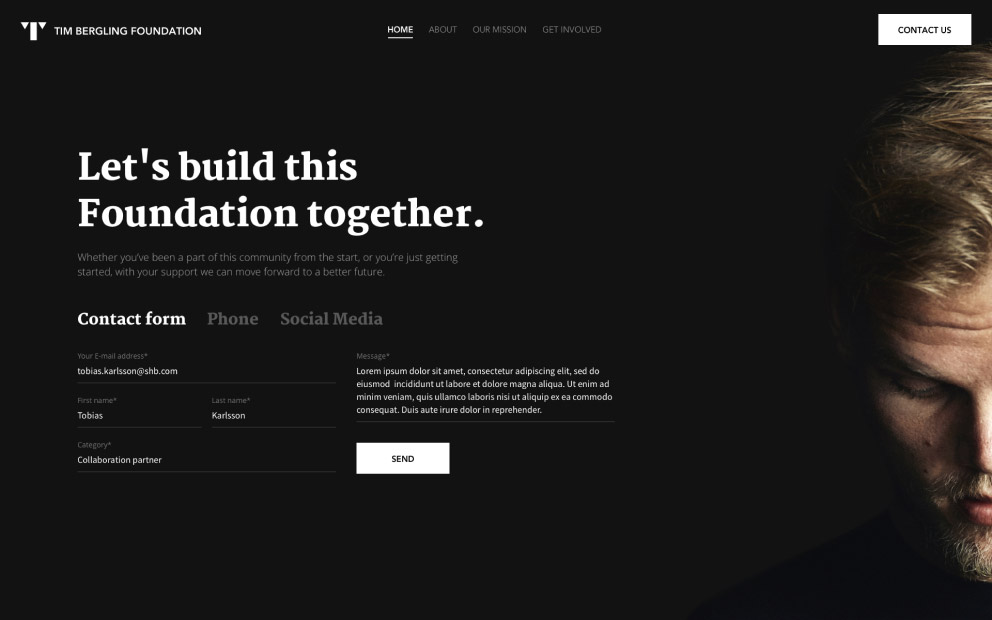 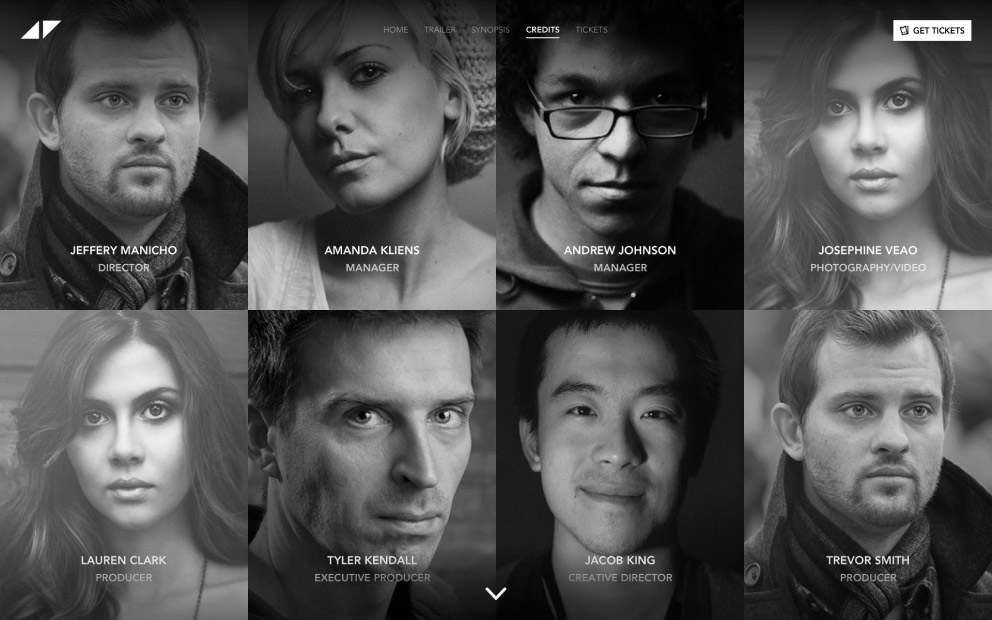 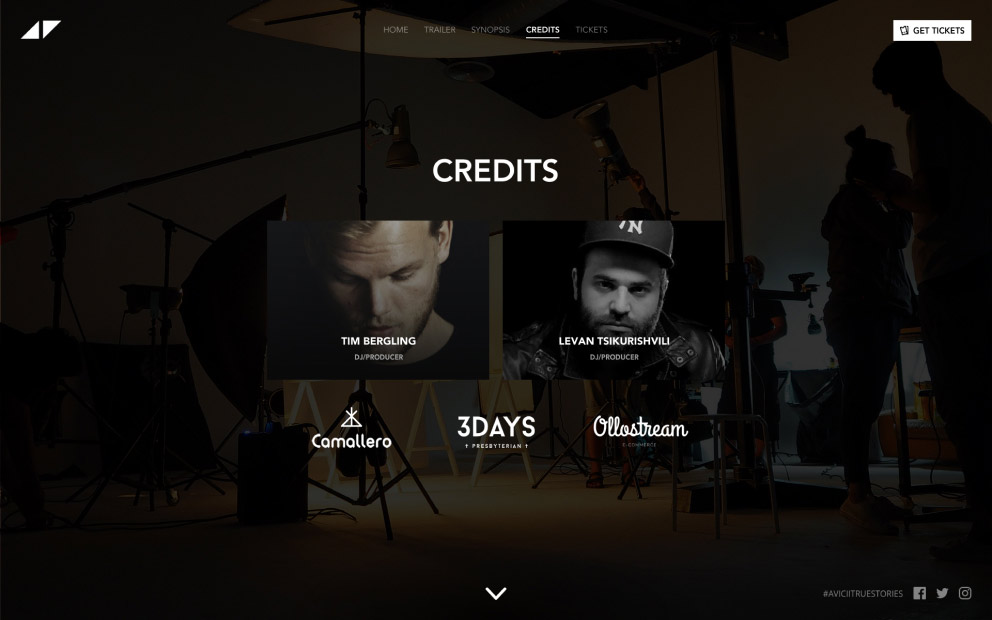 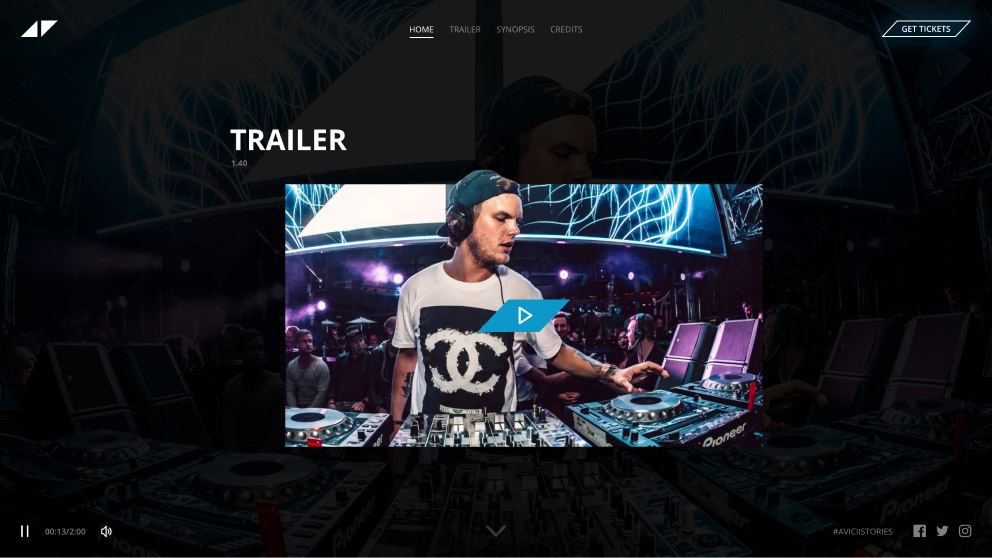 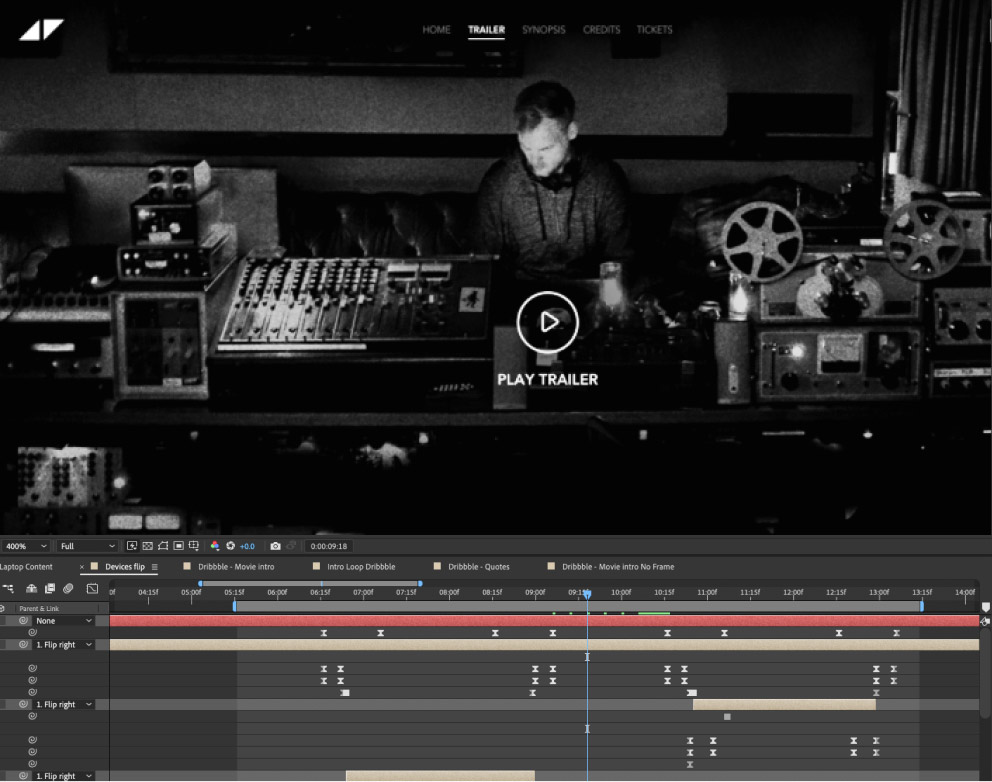 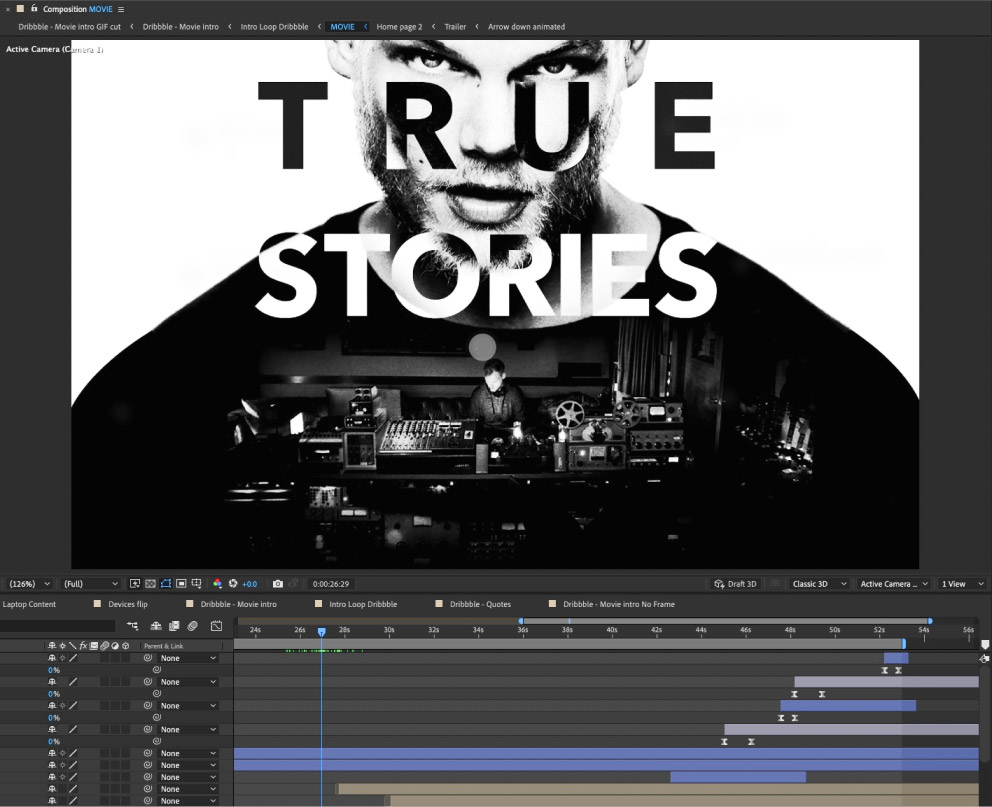 Taking you from one part to the next without visual friction

One site for his story,
the other for his legacy

Both expressing different feelings, yet a style that align with one another

Taking you from one part to the next without visual friction

Making an impact
with his foundation 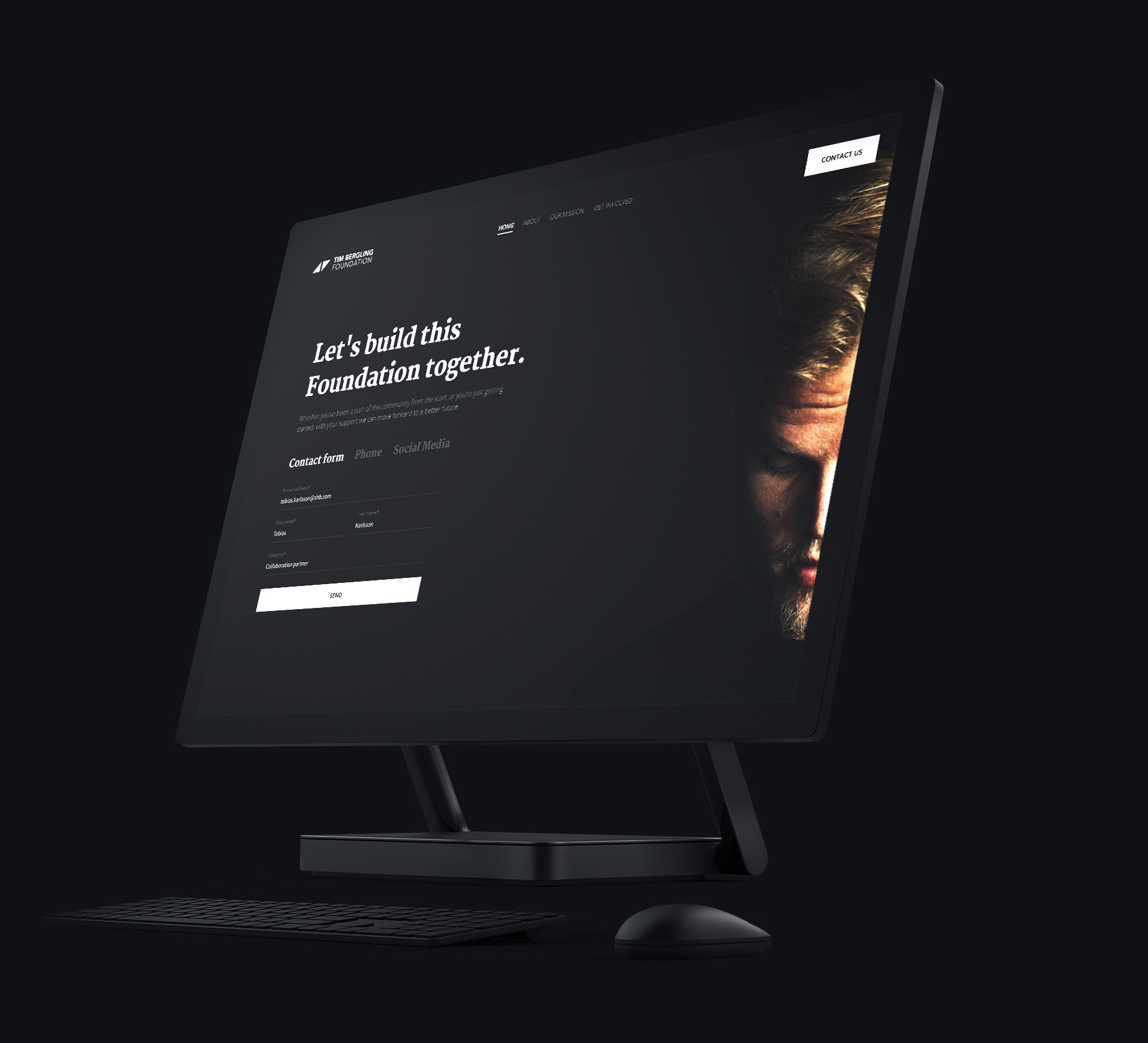 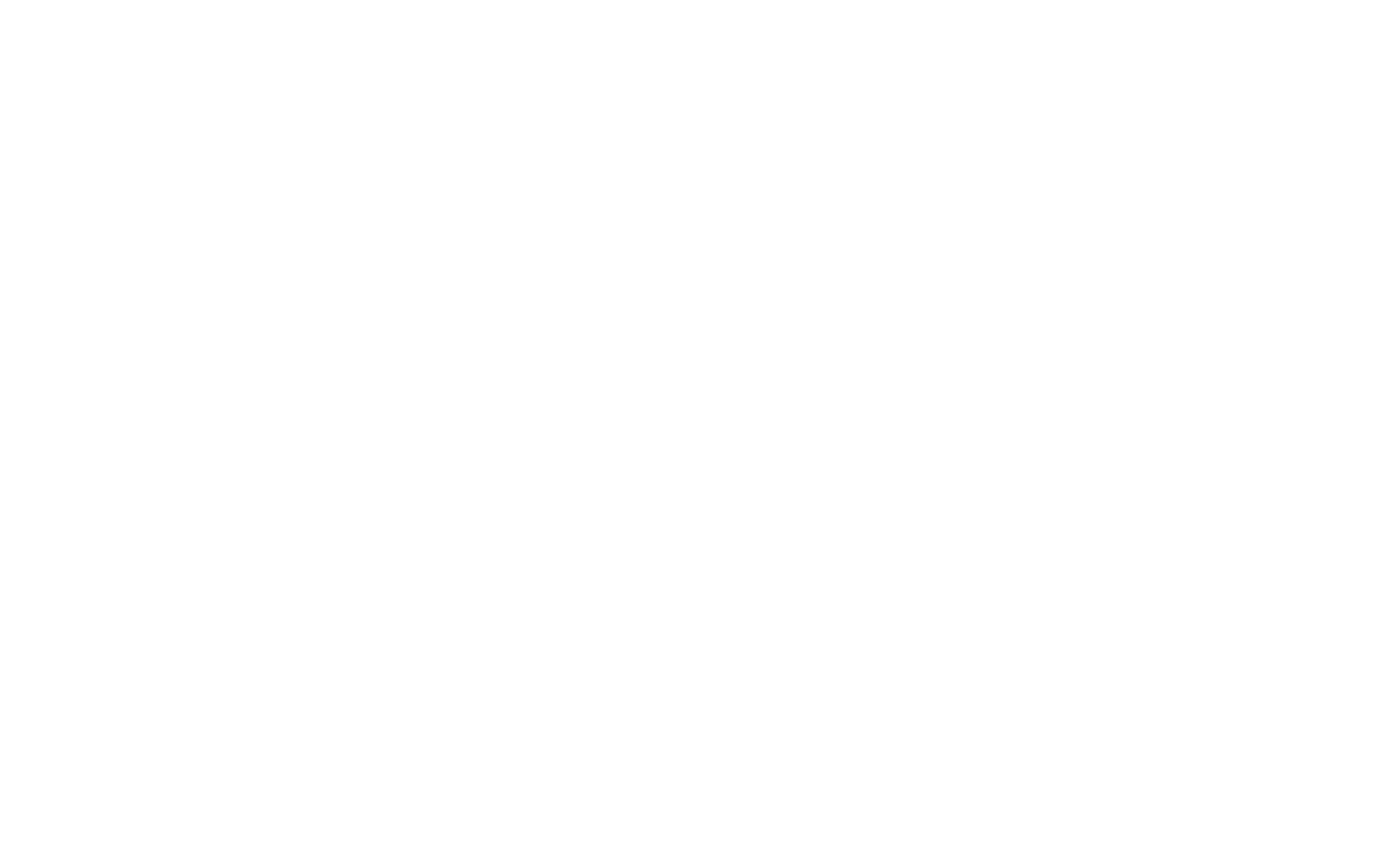 WELLGRAF
If you're not giving it your all, why even doing it?
Home
About
Work
Mind
Learn
Connect